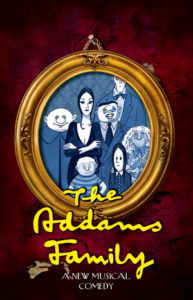 Music and Lyrics by
Andrew Lippa

Based on Characters Created by Charles Addams

The Un-Common Theatre Company continues our 2021-2022 season with our Spring Production of The Addams Family, a magnificently macabre tale that explores the darkly delirious world of Gomez, Morticia, Uncle Fester, Grandma, Wednesday, Pugsley and, of course, Lurch.  The weird and wonderful family comes to spooky and spectacular life in a story that is every father’s nightmare.

Wednesday Addams, the ultimate princess of darkness, has grown up and fallen in love with a sweet, smart young man from a respectable family – a man her parents have never met.  And if that weren’t upsetting enough, Wednesday confides in her father and begs him not to tell her mother.  Now, Gomez Addams must do something he’s never done before – keep a secret from his beloved wife, Morticia. Everything will change for the whole family on the fateful night they host a dinner for Wednesday’s ‘normal’ boyfriend and his parents.

Come join the family.  We’ll leave the lights off for you.

Photos of the Performances… 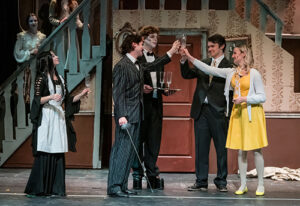 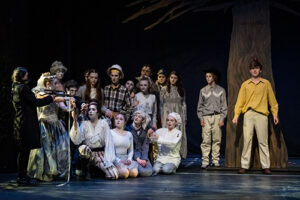 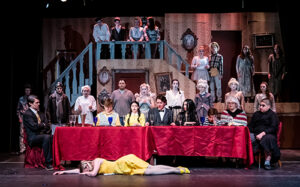 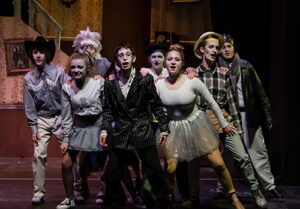 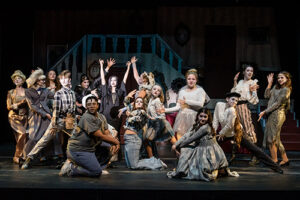 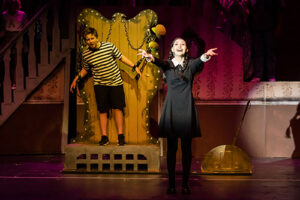 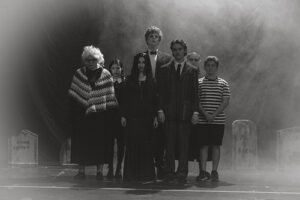 The Addams Family is presented through special arrangement with and all authorized performance materials are supplied by Theatrical Rights Worldwide.