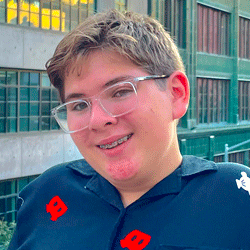 One random Wednesday in June 2007 Aaron was born while his mother starved and ate ice chips in labor. Once she was finally able to eat a cheeseburger, his life began. Aaron has been devoted to being in the spotlight since day one, after his twin sister came out of the womb first.  He considers playing the Young Kangaroo in his 5th grade production of “Seussical the Musical” his life’s greatest achievement. Onto a darker note, Aaron has forever suffered the effects of a Comedy Central skit made many years ago. To this day, people still mock him with the name “Ay-Ay-Ron”. Because of this, Aaron has decided to start fresh. Although no one has ever called him this in real life, the back of his T-Shirt will say “Scibs”, as a way of metaphorically (not really metaphorically though) starting fresh. In his free time, Aaron likes to stress bake, watch Netflix, hang out with his friends, and ridicule passer-byers. He thrives off of Taylor Swift and Chipotle burrito bowls. 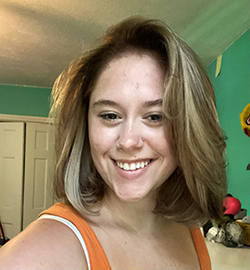 Nobody really knows the true meaning of life, just as nobody really knows Abby’s true hair color. Is it red? Black? Blue? Purple? Blonde? There is no way to know. For now everyone will just have to make do with truly fantastic jokes. Maybe someday we will know the truth, but for now, the reality of this Easton teen remains a mystery… 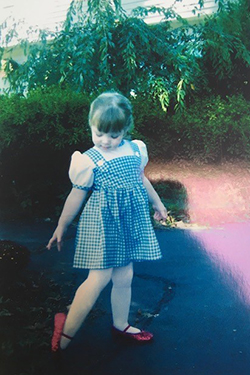 Alexis Maron really enjoys soups. So, when she heard about Improv Soup she knew she just had to join. Um, turns out Improv Soup, does not involve actual soup… So, Alexis, has now made it her lifelong mission to incorporate real soup into Improv Soup. We will start with chicken noodle soup and make our way down the list. 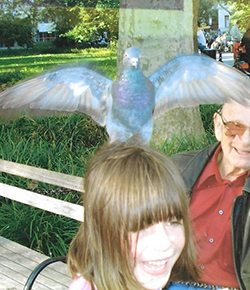 Interesting Facts
-The wild Amelia, pictured above, may be found stealing birds and attaching them to her head.
-The wild Amelia spends her time dressing in funny outfits on stage.
-Recently, Amelia has taken to performing in Improv Soup, an improvisational comedy troupe in Massachusetts. 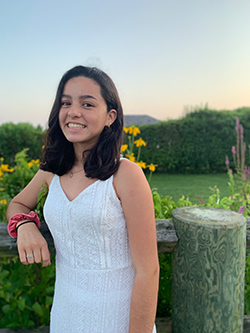 Audrey Trivedi grew up never having a nickname. She always wished for one but no one ever created one. When she got older, she finally accepted the fact that she just would have to go by Audrey for her entire life.Coming to middle school, she made many new friends, but none of them could find her a nickname. They tried and tried but nothing worked. One day she was sitting in French class staring at a paper. On this paper was a list of names to choose from. This would become your French name for the year. She decided to pick the name closest to her own name, so she chose Aude (pronounced ode). As time went on, the name became more and more iconic. Now, she is pretty sure her friends do not remember her real name anymore, even the ones who took Spanish. Everyone calls her Aude, and she now responds to it even quicker than she does to her own name. Since her search for a nickname has been completed, she now enjoys acting in plays and musicals. She also enjoys drawing and she has joined an improv troupe called Improv Soup. 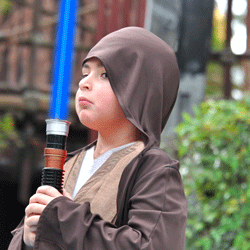 Brody has been acting out characters since he was two years old when his mother made him a homemade Buzz Lightyear jetpack and he never took it off. Since that time, he’s always had a prop, costume and the perfect line at the ready. At a young age he realized he loved the bright lights of the stage and had a talent for acting, singing and making people laugh. He has continued doing shows with multiple groups such as Un-Common Theatre, MMAS and his school’s drama club. A couple of his most favorite and suited roles have been the Cowardly Lion in the Wizard of Oz and Nicely Nicely Johnson in Guys and Dolls. He was waiting and training for the day he turned 13 and could audition for the Improv Soup Troupe.  He realized his dream when he earned a spot on the Troupe and could perform with such a great group! 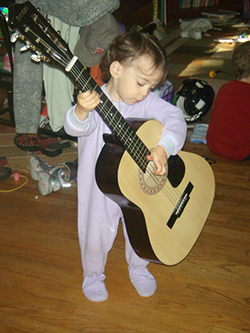 Growing up, Eden always loved the arts. She tried to be a dancer but got mad when she learned she had to wear a dress rather than dress like Darth Vader. She found theater, playing her first part as a mouse in Cinderella at age 4. Eden loved movies like Muppets Christmas Carol, Willy Wonka and StarWars, and decided she wanted to be an actor (that was after she found out that she could not be Santa for a job.) She participated in numerous plays and then found out about improv. She took an improv class and has loved it and all things comedy ever since. In her free time, she plays saxophone & DnD, reads Shakespeare and loves anything Marvel. She is so excited to be a part of Improv Soup. 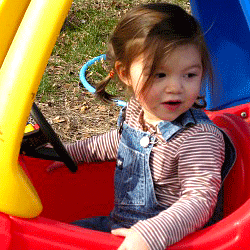 Wanted dead or alive for the crime of bad puns

NOTES: This criminal is heavily armed with bad knock knock jokes and thirteen different variations of “why did the chicken cross the road”. Avoid mentioning soup while communicating with them, as their stock of souper pho-nomenal puns ranges in the boullions! 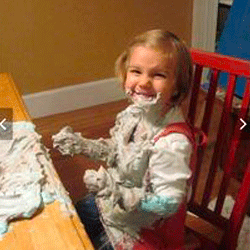 Often found in or around Sharon, MA, Hettie Van Dyke is estimated to be around 5’7”. As of the 2010 census, she had an age of five, but it is estimated that through careful and strategic marketing, she has increased this number by at least ten as of 2020. Hettie resides in a cave at the foot of a small hill, where she plays solitaire and memorizes bread recipes. She currently knows at least seven. However, she guards these recipes closely, and when asked about them, she simply said “Flour. Yeast. Emotion. Interpretive Dance.” These inspirational words have made appearances from the Times Square Billboards to Saturday Night Live to a small performance art piece shut down on its first night after the entire audience fell asleep halfway through. Hettie has recently made the decision that she will share her bread recipes with the world while performing with Improv Soup. Ideally, the audience will not fall asleep as she does so.  (Wikipedia, the free encyclopedia) 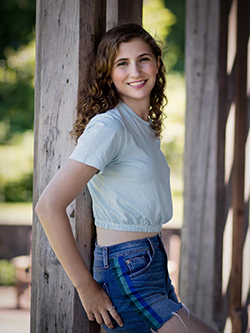 India-Mae Fraser was born one interesting September day that would change the course of Fraser history forever. Being the youngest of three, her favorite hobbies when she was little included ignoring her older sisters’ orders and wreaking general havoc. As she grew up, she became overly obsessed with books, theatre, and writing. She began doing theatre at Un-Common as soon as she could, at age 6, and she hasn’t stopped being in musicals since. After watching her oldest sister perform for years with Improv Soup, she fell in love with the troupe and was determined to join. Now, she is thrilled to be a part of Improv Soup. 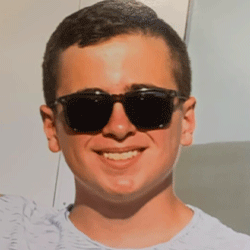 Johnny was born on your average day in April.  He was born in a small country commonly known as the “U.S.A”.  He has been seen moving around the U.S. a lot, like how he moved from Walpole to Pennsylvania when he was 8, then from Pennsylvania to Foxboro when he was 12.  He never really showed much interest in musicals/theatre but loves any type of comedy.  So, when he saw the Improv Soup Jr. workshop, he thought “Why not?” and made one of the best choices of his life.  He then later moved on to audition for Improv Soup (after a year break with COVID) and, to his surprise, got in.  Among improv, Johnny loves to run (some say he has been running ever since his “incident” with the FBI and multiple international governments), loves to mountain/trail bike (he isn’t sure of the difference), he enjoys programming, and he also enjoys being with friends and just going with the flow. 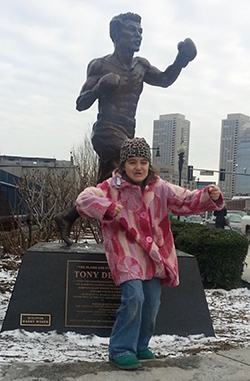 Maeve Gallagher’s first dream was to become a boxer like her favorites, Rocky Balboa, Apollo Creed, and this random statue (pictured above.) When that didn’t pan out, she instead settled on performing! She loved being on stage in her first performance at age 7, where she held a gravestone in A Christmas Carol. She once even had the opportunity to play a tree! These parts have been highlights of her performing career so far. She is excited to see if Improv Soup can compete and become a new highlight! 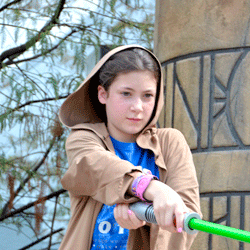 In a galaxy far far away a young jedi by the name of Sadie fought hard to defeat the evil empire. Her mission there was unsuccessful so she came back to planet earth and joined the local improv troupe, Improv Soup. She needed some comedy in her life after what she had been through. She now enjoys bringing laughter to her family and friends. In her free time she loves to take pictures and play with her dog who may or may not be an alien. 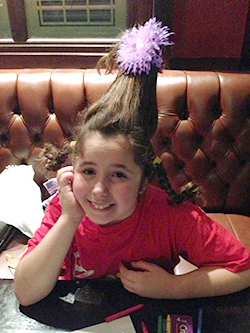 From a young age, Sammi realized she had special talent for withholding the truth. In other terms, she liked to lie. Her exquisite abilities led her many places, but it soon became a problem. If you asked her friends and family who Sammi was, I’m afraid you’d get many conflicting answers. Was she actually on kids’ bop? Did she seriously have 3 dogs named snap, crackle, and pop. Was she really blind in her right eye? Sammi realized it needed to end. Eventually she found coping in theatre, where she could act as other characters. It worked, but she never got the full satisfaction. Sammi had tried to correct the error of her ways, but she would always feel the urge to spice things up. So, when Sammi found out about improv, the activity solely based on making things up, she found her true calling. Now Sammi balances Improv Soup with her weekly trips to the Philippines and her family functions with Oprah, the Pope, and Batman. 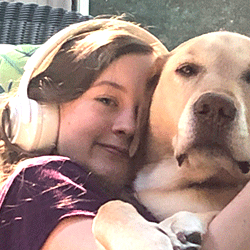 Zoe is a fairly whimsical nerd who has, many times, attempted to describe herself in one sentence and failed miserably. This disappoints her a great deal given that she is a writer. When not disappointing herself, Zoe often partakes in activities such as:

– screaming at the night sky

– cackling to herself for reasons indiscernible to observers

– drawing on her iPad

and, most commonly, playing games that are best described as “utopian,” “beautiful,” and “unrealistic.” If you see a Zoe that is not wearing headphones, congratulate yourself. You have spotted something very rare indeed. She was raised in the small town of Night Vale, where it was impressed upon her that not wearing headphones may cause her imminent death. Other things she learned to do in Night Vale include playing Dungeons & Dragons, yearning deeply for pet rats which are forbidden to her, and reading the palms of humanoids (though not bugbears. She apologizes in advance.)

Zoe joined Improv Soup as part of an undercover operation which she hopes will reveal to her the secrets of subliminal messaging in the human mind. Stargazing has failed her due to the Holistic approach she takes in her life. She would like to thank her parents, her Very Furry Dogs and the faceless old woman who secretly lives in her home, for believing in her, and also for helping her hang origami butterflies from the ceiling of her bedroom.