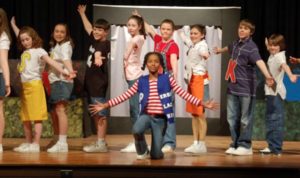 Tom, a school teacher nervous about his first day of teaching, tries to relax by watching TV. Suddenly, the Schoolhouse Rock bunch appear in his rec room and proceed to show him how to win his students over with imagination and music, through beloved Schoolhouse Rock songs that cover a variety of subjects: math, science, history and grammar.  Memorable songs as “Just a Bill,” “Lolly, Lolly, Lolly” and “Conjunction Junction” bring his lesson plans vividly to life. 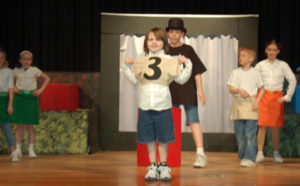 Like the classic television series, Schoolhouse Rock Live! JR is a hip, entertaining and educational treat that shows young people that learning can be as fun as you choose to make it. 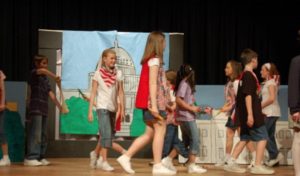 Schoolhouse Rock Live! JR is produced by arrangement with, and the music and dialogue material furnished by Music Theatre International (MTI).