The Massachusetts Premiere of Heathers The Musical 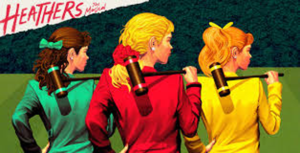 Book, Music and Lyrics by Laurence O’Keefe and Kevin Murphy

Based on the film written by Daniel Waters

The Un-Common Theatre Company is thrilled to conclude its 36th season with our Young Adult Company production of Heathers The Musical, an edgy, guilty-pleasure rock musical which explores the dark side of the struggle for social status in high school. 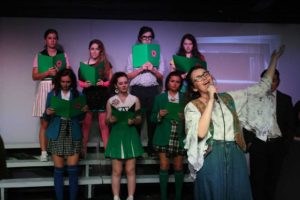 Heathers The Musical is the darkly delicious story of Veronica Sawyer, a brainy, beautiful teenage misfit who hustles her way into the most powerful and ruthless clique at Westerberg High: the Heathers. But before she can get comfortable atop the high school food chain, Veronica falls in love with the dangerously sexy new kid J.D. When Heather Chandler, the Almighty, kicks her out of the group, Veronica decides to bite the bullet and kiss Heather’s aerobicized ass… but J.D. has another plan for that bullet. 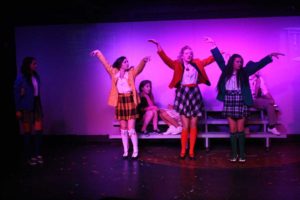 With Book, Music & Lyrics by the award-winning team of Kevin Murphy (Reefer Madness, Desperate Housewives) and Laurence O’Keefe (Bat Boy, Legally Blonde) Heathers The Musical is a hilarious, heartfelt and homicidal new show based on the greatest teen comedy of all time. With its moving love story, laugh-out-loud comedy and unflinching look at the joys and anguish of high school, Heathers will bring back all of the angst! Are you in, or are you out? 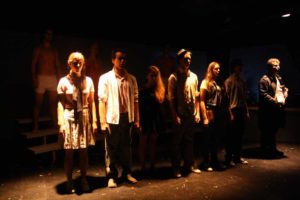 Read an article about the show here…

Heathers The Musical is presented by special arrangement with SAMUEL FRENCH, INC.

This program is supported in part by grants from the Easton, Foxboro, Mansfield, Norfolk, Norton and Wrentham Cultural Councils, local agencies which are supported by the Massachusetts Cultural Council, a state agency.