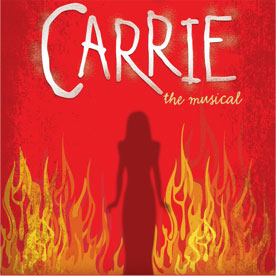 Based upon the novel by Stephen King

The Girl. The Prom. The Power.

The Un-Common Theatre Company is thrilled to conclude its 35th season with our Young Adult Company production of Carrie the musical, an electrifying pop-rock musical about a bullied teenager with telekinetic powers who takes revenge on prom night.

A misfit at school, terrorized by her holier-than-thou mother at home, 17 year old Carrie White, nonetheless, has a secret.  And when a prank at the high school prom goes horribly wrong, they’ll all find out just how scary a secret can be…

Based on the acclaimed horror novel by Stephen King, and featuring a book by Lawrence D. Cohen (screenwriter of the classic film), music by Academy Award winner Michael Gore (Fame, Terms of Endearment), and lyrics by Academy Award winner Dean Pitchford (Fame, Footloose) Carrie the musical spins an epic tale of torment and revenge.

This program is supported in part by grants from the Easton, Foxboro, Mansfield, Norfolk and Wrentham Cultural Councils, local agencies which are supported by the Massachusetts Cultural Council, a state agency.