Lewis Carroll’s famous inquisitive heroine comes to life in Disney’s Alice in Wonderland JR, a delightful adaptation of the classic Disney film. Join Alice as she chases the White Rabbit, races the Dodo Bird, gets tied up with Tweedle Dee and Tweedle Dum, raps with a bubble-blowing Caterpillar, and beats the Queen of Hearts at her own game! The story is narrated by not one, but three Cheshire Cats! You’ll also meet dozens of other wonderfully wacky characters including rock lobsters, talking fish, royal cardsmen, unbirthday partiers, as well as a group of mean-girl flowers.

Disney’s Alice in Wonderland JR is a fast-paced stage adaptation of the timeless film, featuring such classic Disney songs as “I’m Late,” “The Un-birthday Song” and “Zip-A-Dee-Doo-Dah.” The whole family will enjoy travelling down the rabbit hole and joining Alice in her madcap adventures in Wonderland! 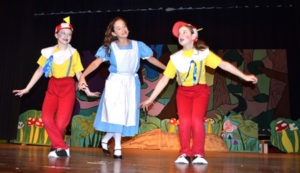 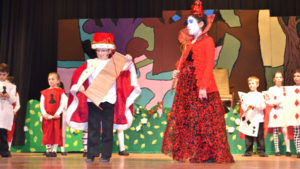 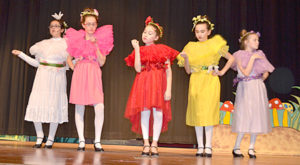 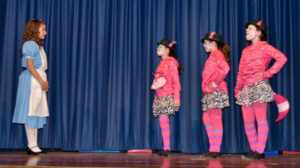