How To Succeed In Business Without Really Trying 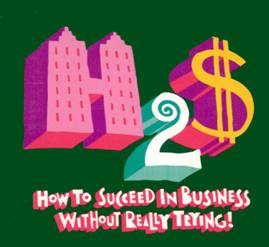 Music and Lyrics by Frank Loesser

Based upon the book by Shepard Mead

The Un-Common Theatre Company continues our 33rd season with our Spring Production of Frank Loesser and Abe Burrows’ How To Succeed In Business Without Really Trying. Power, sex, ambition, greed… it’s just another day at the office. From the authors of Guys And Dolls comes one of the most delightfully irreverent musicals of all time.

Following its recent Tony-winning Broadway revival in 2011 and winner of the Pulitzer Prize for Drama, How to Succeed melds wit, comedy, and romance together to perfection and is certain to entertain all who experience it. We invite you to join us for one of the most delightfully irreverent musicals of all time.

How To Succeed In Business Without Really Trying is presented through special arrangement with Music Theatre International (MTI).

This program is supported in part by grants from the Easton, Foxboro, Franklin, Mansfield, Norfolk and Wrentham Cultural Councils, local agencies which are supported by the Massachusetts Cultural Council, a state agency.