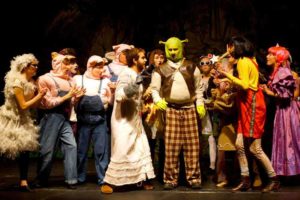 The Un-Common Theatre Company begins our 36th season with our Fall Production of the beloved story – Shrek.

“Once upon a time, there was a little ogre named Shrek…” And thus begins the tale of an unlikely hero who finds himself on a life-changing journey alongside a wisecracking Donkey and a feisty princess who resists her rescue. 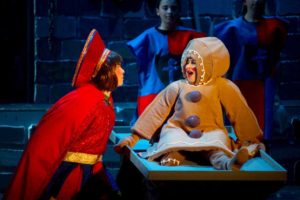 Throw in a short tempered bad guy, a cookie with an attitude, and over a dozen other fairy tale misfits, and you’ve got the kind of mess that calls for a real hero. Luckily, there’s one on hand…and his name is Shrek. 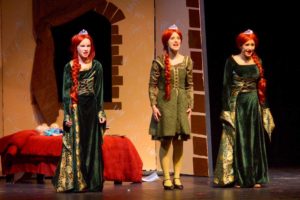